Each Futbol Club Sudamerica team is required to participate in at least 1 pre-season and 1 post-season tournament. Tournament fees are separate and handled internally by each Team Manager.

If a team chooses to participate in additional pre-season and post-season tournaments, they must be approved by our club.

Out-of-town tournaments are highly encouraged for top level teams only.

Official dress code and club standards must be carried with you everywhere you choose to compete.

It is club policy that the tournament fees and expenses are divided equally between all rostered players for that team, regardless of whether the player can make the tournament or not.

Tournament playing time will be affected by performance. This is a coaching staff decision. 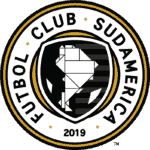